UK Recap Getting us Up To Date: Sausage & Mash

My dear old cabaret partner of many years purchased a simple and welcome birthday present for my recent 61st: a pound of sausages. 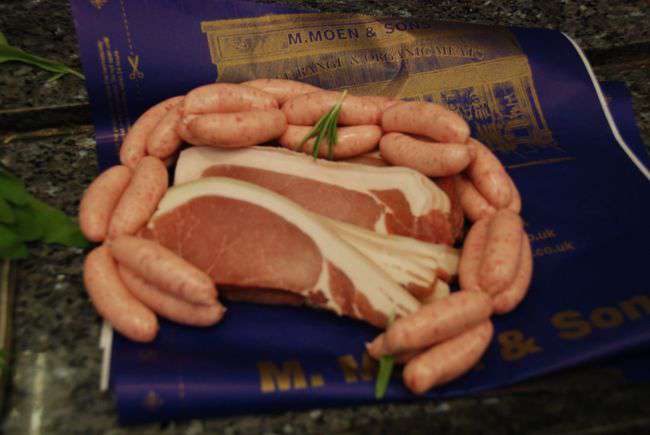 I’m now thinking of getting my diabetic friend Susan a couple of Twixes for her 60th next month.

Saint Ochwell is my official residential location, a leafy building site in South West London, England (formerly, Europe). Thuswards I so choose to leave it whenever possible. Four Sainsbury’s, Two Lidl’s, Two Tesco’s, a mini Waitrose, an M&S and a Bar under a Bridge, called The Bridge, simply do not suffice. Everywhere sells Christmas trees from October onwards.

So, Dear Reader, I’m currently indulging in a Rothmans Silver in the rain under a heater to dry off the drops of occasional Sarf London Misery that has haunted me since my Blighty return. Poor moi, eh? So I’m getting in a few Travels Without My Aunt. Around the United Kingdom means battling my way through the 37 websites you need to consult simply to find out how much a rail ticket might be, always ignoring in which direction I wish to travel. Seat-wise. My Virgin “Travel Buddy” app doesn’t work, the ticket gates won’t accept my insertions, and by the time I get to the South West of England, I’m exhausted.

“Please be careful when you get off the train, particularly if you want to avoid electrocution…” So actually said the train driver at Lympstone Village, Devon on a cold and frosty November Noon in Ooh-Arr-Land, Ciderford. Visiting my god-daughter is always a delightful experience, if a shade similar to visiting New Zealand and the Isle Of Wight (in that it’s always requiring a watch adjustment of minus 37 years). One of the “Most happening” pubs had a 20 foot wide screen TV showing League Division 8 football, and seventeen different draft beers at the bar, where the three of us stood. Dawn river views from my bedroom window inspired as the sun came up, and the local doggie gift stall in the 1930s market supplied me with Chews for a Doggie Christmas. Bought. Not wrapped, yet. Bet Finn’s looking forward to demolishing his own stocking this year….

Only three days later, it’s a Well Earned trip to my favourite Spa in the Heart Of England, a place called Ashby-de-la-Zouch (so named after Lord Ashby had a particularly grim Scrabble hand). White robes at breakfast (quite tasty), and flavourless soup and tomatoes for lunch, this spa does for Net Curtains (or, “Crinkly Voile” as I was corrected by my Queen Mary 2 travelling companion) what a weekend in Paris does for Stage Three gout.

Additional pre-Yule visits to Cambridge, Watchet and Keighley show that I most certainly haven’t lost touch with the Working Classes, despite their continued No Bow Ties policy. I do miss Queen Mary Daniel serving me a Dirty Banana. Overseas readers may like to check out these locations, if only to have a chance at a reward in our Most Wanted lists. Coming Soon!

Hope you all had A Horrible Hallowe’en, because it’s Yukky Yule to come…….and All I want For Christmas is a temporary ban on Mariah Carey, Wizzard and a Lifetime Ban on Michael Bubbles. 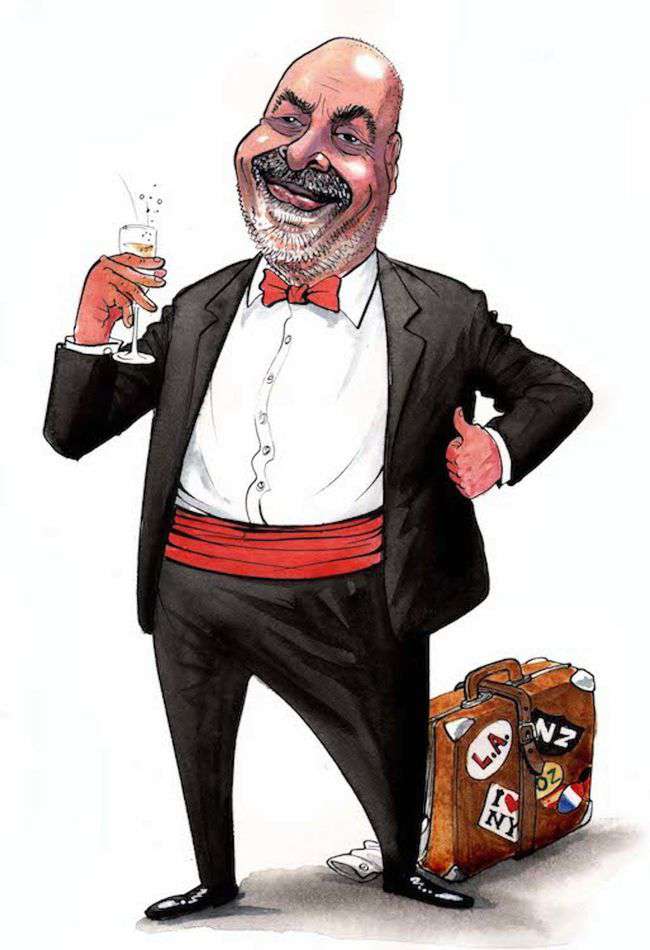 Waitrose, Aldi, Lidl and Sainsbury’s have all dropped in Weighty Tomes (good name for a band?) roughly titled “How To Prepare For Christmas Day”. None mention 8 daily G & T’s and Not A Sight of A Partridge in A Pear Tree please, and A Subscription To Netflix.

Ah well, I wish Juan And All a triffic December and a Trump-, Brexit- and Conflict-Free 2018. Blogulifically, I sign orf.