Pepe wants to apologise. Pepe grabs my hand laughing. Pepe says it’s been “one of those Sundays”. Oh really? How so Pepe? “Well first we ran out of sweetener, then the WiFi on the card machine stopped working…..” (more laughter) “Yes? Yes?” “And then…now we have no more Cafe Nero cards to stamp for you. I’m soooooooo sorry.” More laughter and genuine sympathy as he lets go of my now rather clammy hand. 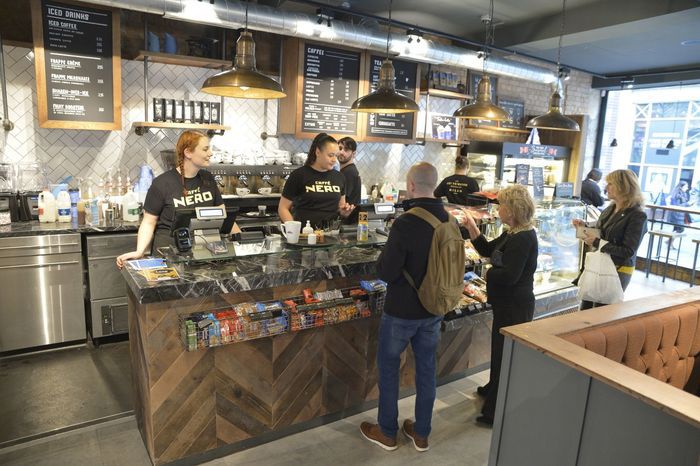 Well, dear Reader, that’s the long and the short of it. Travel Life, despite now being an infrequent flyer, still largely involves torrid interactions at Railway Stations with, albeit rather fit, young chuckling future hopefuls soon to be Brexited away across Boris Borders.

2018 saw my return to “Business Class” British Airways European flying, just as Cattle Class but with three socks more foot room and a guaranteed one übercamp BA trolley dolly intent on flogging you Issey Miyake duty free, and happy to literally throw numerous plastic Beefeater and Gordon’s Gin bottles into ones lap at 32,000 feet over some Alp or other.

Finding the experiences much more rapid than travelling with the updated Titanic (QM2) or Debenhams-Harrods Mall-on-Sea (any Princess Ship), the advantages of arriving at an intended destination mostly allow for critique of said arrival point as a, uh, Destination. Whereas Six weeks aboard Her Majesty on the High Seas used to provide this traveller with Breathing Time, Observance Hours and genuine chuckle moments involving newly acquired acquaintances or hilarious three for one Banana Daiquiri sessions with Dick from Adelaide, where we slagged off the string quartet’s renditions of Don’t Cry For Me George And Tina, and other such Lord Wobbly classics.

Anyway, next stop Brighton (due to Pier Pressure). Stick of Rock Rich, or perchance would you prefer to retain your dentures?

Post Brighton the train journey back was somewhat deboredomified by the arrival of failed Tory Leadership Challenger, a Mister Rory Stewart (whom I cleverly snapped in the window reflection added here for your appraisal …). 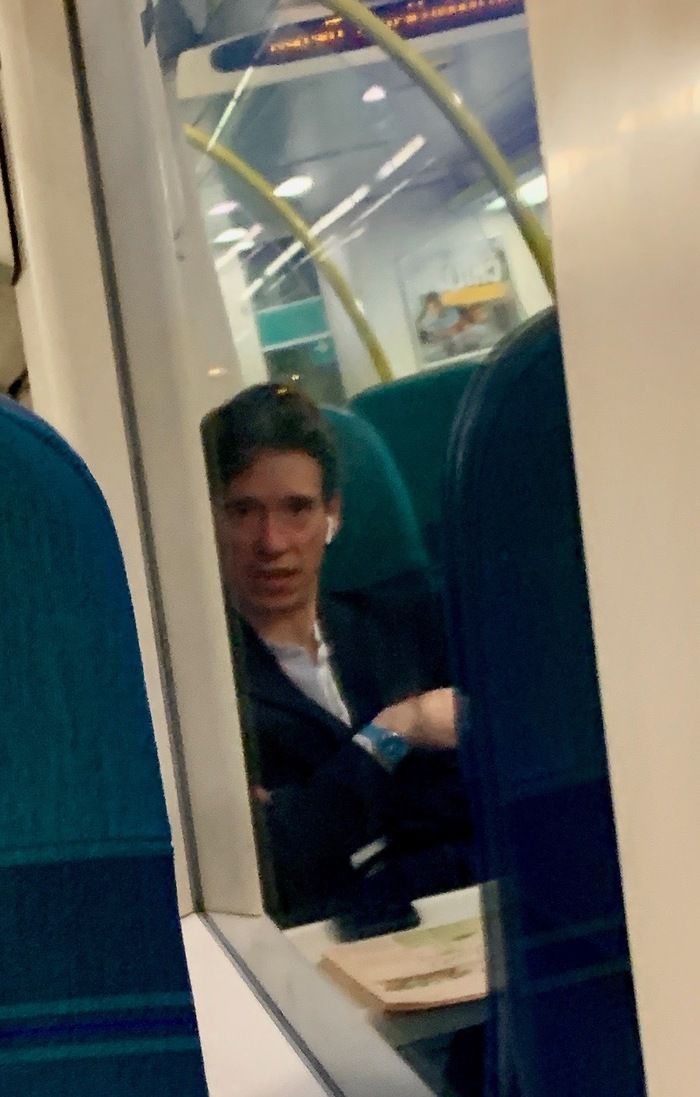 He seemed rather jolly and was constantly laughing on his phone. Who would have thought it? Tories laughing other than when talking about Climate Change or Sensible Tax Policy!

I may even be able to out-pic the endless snaps of Full Englishes at Gatwick, though any future of Oliver, Jamie may be well and truly irrelevant.