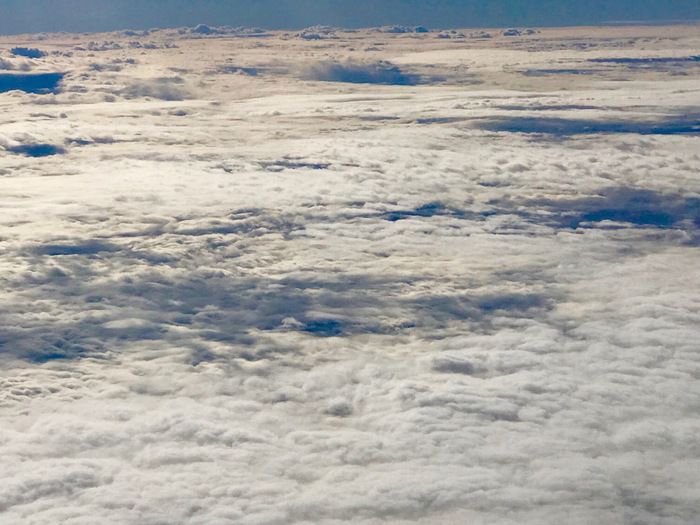 “Underwear, soiled on one tray, iPads and adaptors, post 1947, another tray, Post Modernist Impressionist Art, that bin over there, everything else wrapped up in an old beach towel covered in 6 month old Factor 40, follow me please!”

So declared Claire at Terminal S, Gatwick Airport, en route to my second set of trial flights this year, to Barcelona, Spain in a far off land named Europe. The bubbles are distinctly superior to Iceland Prosecco, while the “Yorkshire Frittata” is clearly Italian for Bradford Pea Omelette.

Sara has just insisted “we have a clean one” for our next glass of Castelnau Champagne, from Reims pronounced “Reims” in France, pronounced, “France”.

Here again are we, Dear Reader, on the pre-Brexit Chrexit Sunseeking Trail via British Airways, a company which may be banned from landing on Los Runwayos Españoles after we’ve been taken to Tusk through the Barnier Door by the Macronies.

Many of the UK Seachairs Regulars are already there en masse, soaking up the Gintonicos y Tapa Pintxo Platos, whilst burning to a crisp before the Autumn Showers and Winter Discontent of a soon to be Unforgiven Blighty. Best enjoy while we can, I proffer. “This Proffer Must End Soon” to paraphrase the Great Dave Pop! circa 2005, Brighton, East Sussex. 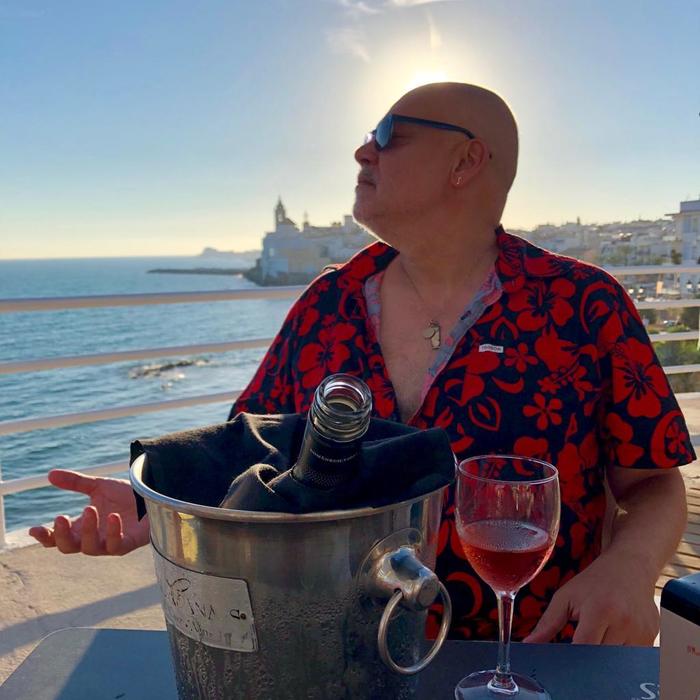 Travel broadens the mind, and widens the waistline, if the Business Class Lounge complimentary Clotted Cream Ice Tubs have their way. We both succumbed. My companion George will be donning running shorts and beach galloping every morn at 6am therefore not increasing body mass by a kilo, despite eating like uno burro, whereas I will chomp on chorizo, tipple on Tinto and partake patatas as Bravaly as possible, no doubt about that, all the while hoping to Basque like a Catalan on a Hot Tin Roof…..

Well, the fireworks came and went, the beach life came and went. The oversized “Seachairs 75” cocktails came, and came again. A whole host of buddies came, drank the local rosado, in gallons, and Rebrexited to Blighty, before you could say Boris is Duty Free.

A Lady Up A Monastery Mountain in Monserrat allowed buddy Mark to get on the Funicular Back Down despite dropping his ticket. See what we’ll miss out of the EU? “Oooh, more than my job’s werf, madam…”.

The Tapas and Pintxos came and went. The Lady Announcer on the train back to the, yes Dear Reader, AIRPORT, still announced: “Proxima Parada (Next Stop), Gavà!”. After a slightly wobbly flight back (not enough bubbles), British Rail and Uber performed tremendously, a feat in itself, though the lift at Clapham Junction (the UK’s busiest station) was broken, and I complained to a member of staff about this. “All Machines Break Down, Mate”, he screamed back at me, robot-like. Git.

Coming Soon: Back to the Spa, Volume 15, the Face Masks Fight Back. 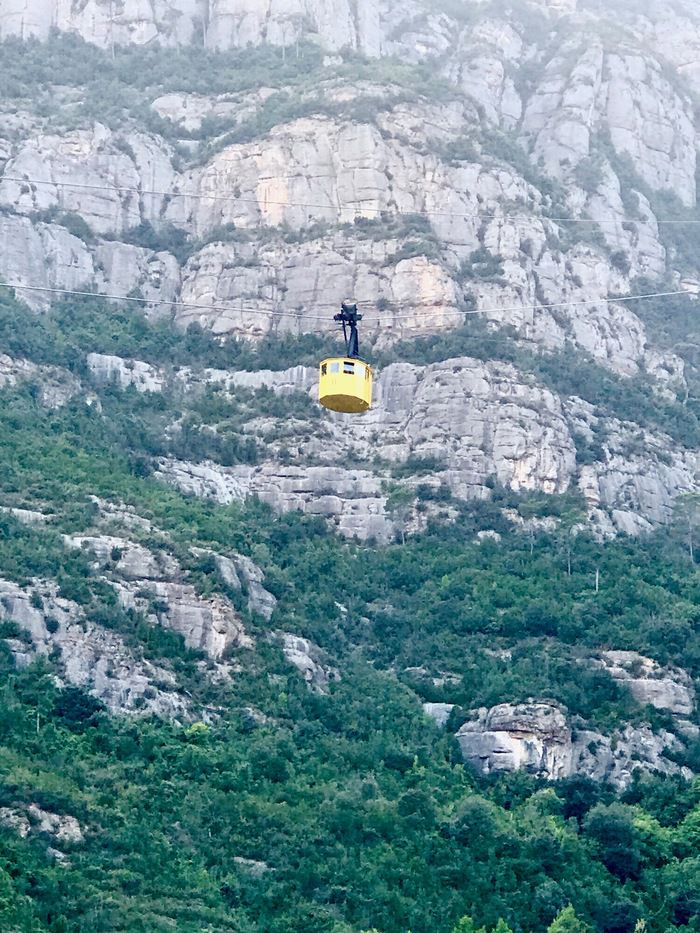