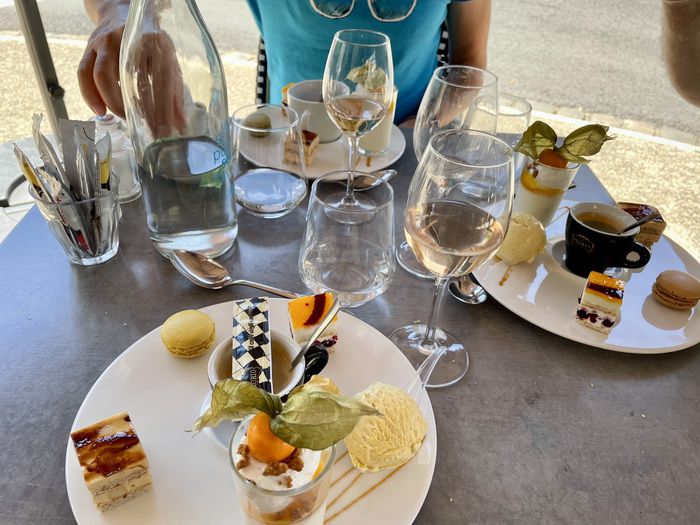 Still, what a nearly three weeks it will have been after nearly 7 days coming in the land of ‘Allo ‘Allo (for non BBC viewers, and if you’re vaguely young, this is a very strange sitcom about the German Occupied France in the Second World War, involving Herr Gruber’s Little Tank, the head of the local SS forever trying to find a painting of the Madonna with the Big Boobies or something, plus British people trying to speak French badly, conveyed by them speaking English very badly “Good Moaning, I spick poefickly wool” type thing….)

Arrived after three slightly tortuous RENFE SNCF and OUIGO (see what they did there?) train journeys in one day, at a place called Poitiers, to be picked up by my most dear mucquères françaises Pierre et Max. They drove me to their 5 acre estate (really!) in a place called BLANZAY halfway ‘twixt Paris et Bordeaux. Flipping gorgeous bags of potential etc fab wifi (oh sorry slipped into Tik Tok Talk there) but had a lovely three days involving joining in with The Local Boys in nearest town Civray and who were
having a Bash d’Anniversaire perhaps, but one of them appeared in drag later plus the Bar Owner sang her heart out too as they consumed Yards Of Ale! Really. Over the next days lots of dog stroking and cat cuddling also occurred I tell you matron. 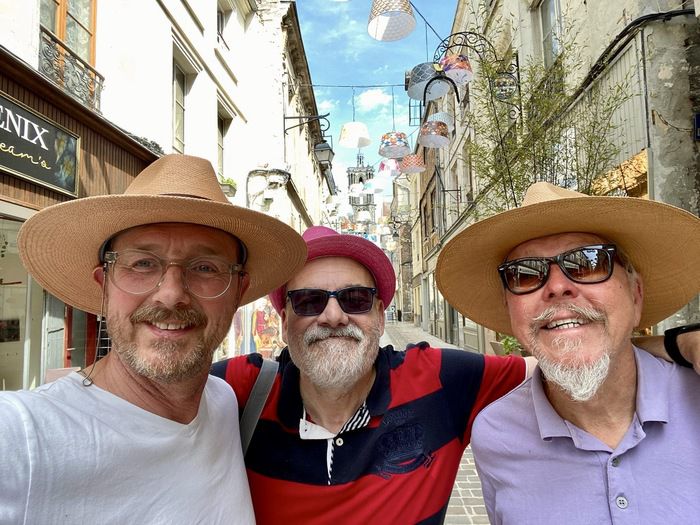 European heatwave time meant largely bearable heat in the mid to late 30s, not easy to travel in but feeling rather bearable (Doc, I didn’t overdo it honest guv).

After such kindness and loveliness and a rather delicious Instagram Postable luncheon in Civray plus breakfasts out in my friends’ font or was it rear or side garden…. orf I went having considered buying the local chateau (Chateau d’Epanvilliers which is vast and unoccupied 10 months of the year then is a Museum of Boardgames!!! Bishop One to Pearl One..er no that’s knitting)… yes it was departure to my last stop in Picardie, North
East France and chez Biddie and Charles my very dear old buddies music partner and co in THEIR vast converted Presbytery (La Presbytère) and enjoyed a now traditional dinner party with the local Lady Mayor plus hubby and assorted friends. As you do. I did. Simply lovely in amongst trips to local astonishing cathedral towns and beers and a luncheon in the splendid Mostly Gay (rainbow flags flopping amongst Les Frites) St. Quentin Hostelry with delightful views ahem m’lud. NOT forgetting strolling down the Street of a Thousand Lampshades and more….

Sometimes you gotta thank Dame Fortune for luck with friends and travels but best to realise how precious such things are, especially a surgically wrecked specimen like me. Luck ran out but only a little by me then going home via Paris on a train that refused to move for half an hour, but hey. It WAS hot. The French fro Signal Failure I imagine was something said by the train guard, but I couldn’t understand it being over an incomprehensible speaker at 50 miles an hour. So then it was a rush through the mostly irritating post-Brexit Experience of three face scans in 10 minutes Border Control Français, Border Control Anglais, thence finally on the Eurostar train thing home to Blighty, where I GATHER I missed something called #Joobparty or #Brendabubbles or something (also being away for an important christening too but hey….).

Love to see people’s travels on the old Social Networky Things because checking out this battered complicated bewildering but beautiful globe can be a most delightful thing. 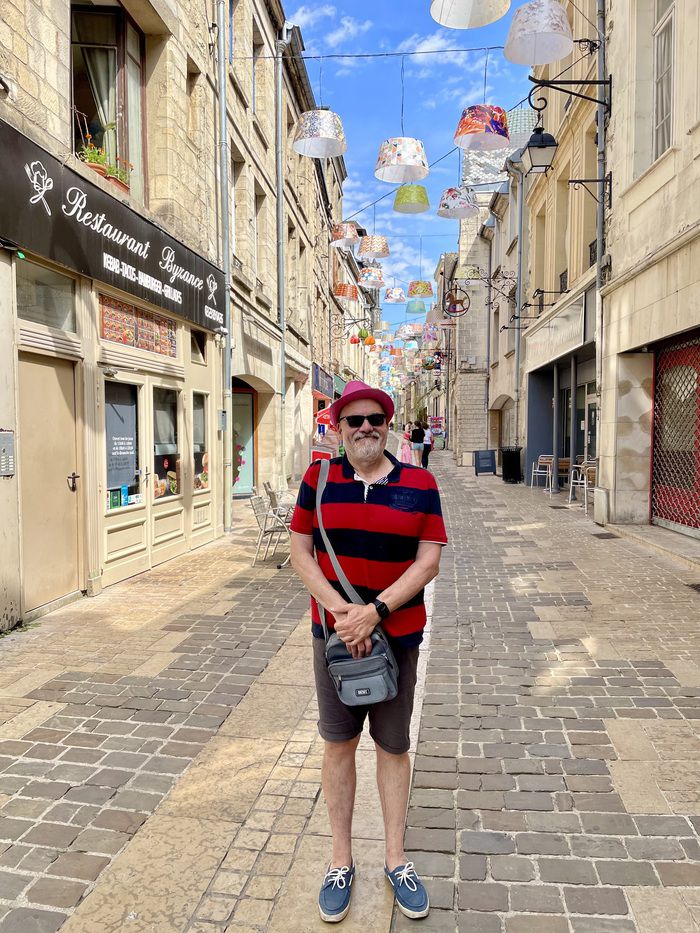 My take: Will this resignation end the longest period of dishonesty in British Politics, instigated by Dominic Cummings’ three hedge fund billionaires in a plot to install a puppet government in the UK run by a puppet, (purely to... Continue →