Arrived in SITGES via Barcelona Airport (to change buses obviously). Well that’s enough about Sitges. Nothing changes much there except who visits when and who may have decided to Reside.

Cue pix of all kinds of drinking summery sunbathing cabaret watching debauchery. Can’t be bothered this time … I imagine they’ll end up on Faceplace.

Hotter than usual and busier than I prefer, caught up hankered down breakfasted Paella’d Sausaged Ginned watched some Stage Stuff, though had to miss my old pal’s SP debut (due to a bit of heatstroke and requirement of Crack Of Dawn departure for France Roadtrip-Part Four), and apart from also trying “Sitges Gin” (just a shot or two), I additionally made another memorable visit to Barcelona’s Sagrada Familia the amazing Work Still In Progress But Three Years To Go. Barcelona is of course a busy bustly City, and I rather like it too. Yessireebob and That Was That. Now it’s trains home All The Way. Via Two stops in La Belle France. 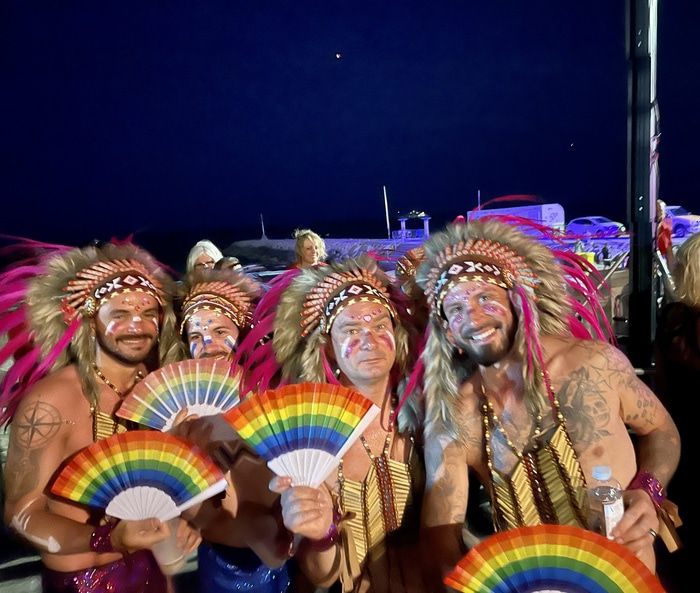 This is the location for the mutterings, murmuring, musings and manicurings of the English Language, dependent on the state of the mind of yours truthfully, Chris Marshall, U.K. resident, increasingly deaf musician, almost geriatric but... Continue →