Betwixt the Interim 3: A Kiwi Slice

Dear Reader, should you continue the perverse wish to be mollycoddled into near giggledom by the Continued Japes of A Jaded Travelling Jesterette, read on. Otherwise, there’s a rather bloodthirsty storyline in Casualty involving nitroglycerine and doughnuts that may interest you. 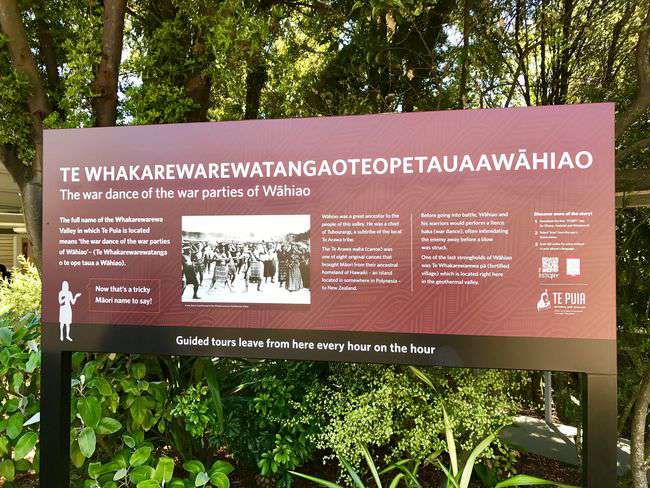 Recapping: Boarded The Queen Mary 2, disembarked or “Got Off” eventually in “Australia”, a former penal colony that means in the original Aboriginal “No Worries”, travelled a bit, marvelled at the geometry of certain Opera Houses and Art Galleries, then departed on the SS Butlitz Resort Ship in a Force 12 Hurricane to New Zealand, a former British Outpost that translates from the original Maori/Scottish/Dutch: “New Sea Land”. Phew.
New Zealand. Land of beauty, mystery and more coach tours than you can shear a sheep at, is now a wholly owned subsidiary of Sir Peter Jackson Ltd, and rented out to a) The Chinese Water Company Inc (North Island) and b) British 20 somethings from Croydon and Swindon (South Island: Queenstown and surrounds). The People Who Used To Own It of course Never Did, as they, the Maoris, arrived from PolyKneesia, and anyone with more than one knee who says otherwise hasn’t a leg to stand on. In fact “Key-Wee” (literally “small door unlocking implement”) was so believed by the Maori People as belonging to the original Hobbits, who occupied homes of greatly reduced size years earlier.

The Dictionary here is a little different from European English and pronunciation can take some getting used to:
Puckle (pickle)
Wippon (weapon)
Thee-uh (there)
Keeful (careful)
Lord of the Rungs (A Franchise)
Awesome (Not awesome but generally OK, fair enough, reasonable I suppose).

Travel here is via Coach Tours, as there are only 2 trains running on an every other day basis (quite true). My bearded frustrated racing driver cousin JBT, after outpacing 3 Porsches and a Terrahawk Missile on several spiral mountain highways, joined me for Six Days of Scenic Splendour (© Frodo Films 2001-2016). We soon encountered severe cases of Bus Driver’s Exploding Mouth, which is like a stomach upset except The Running Commentary mustn’t force you to charge to the onboard loo, as “That place is not rickameendud”.

This common disease was introduced to NZ in 1853, along with, we were regularly informed, 437 kinds of tree, and regular Earthquakes (sadly), which has resulted in an increased population of rabbits and possums (Latin: Possa), now usefully provided as target practice for lorries, skin traders and my cousin.

Our Train audio guide regularly moved into Angela Rippon English (google it) along the lines of: The Kikilakahunapuhe, or literally "Supermarket Trolley”, was introduced in 1868, which has resulted in an increase in the vole population. “Literally” is the most important word in her armoury. For instance,“Te Cochay weelee Gaia tutukaka lamalama dingdong”, literally, “every bus driver tour guide has extreme verbal diarrhoea that hails from the mountains”. 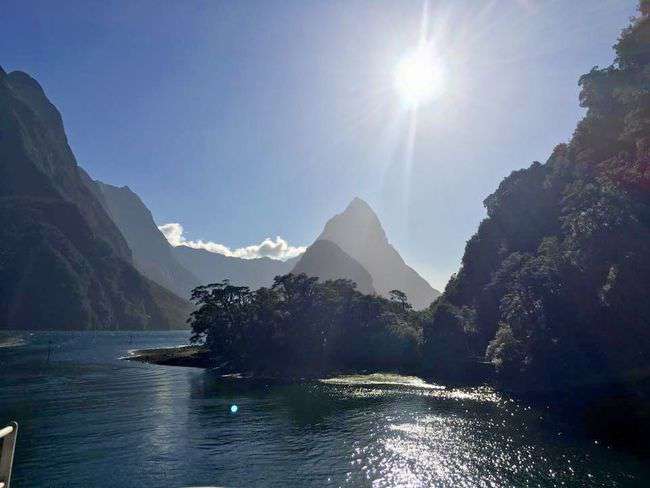 Fortunately for JBT and I, Beauty Overload Inoculations were introduced in 1869, allowing us to gaze continually in genuine awe, while leaving the locals to spend their time wearing black socks in sandals, say Mittel instead of mettle, and get very angry at the opposition at the beginning of games of rugby.

Finally, the 21st century has given rise to Advanced Ring Burn, whereby tours arranged by Sir Peter Jackson (© Tourist Trappes 2001-2016) to popular destinations such as Elodor’s Rim, Hobbiton Shoppe, and Rotorua Whiff are so plentiful that a new refrigerator industry has emerged as locations for the abundance of fridge magnets alone.

Suffice to say, The Most Beautiful Country on Earth delivers spectacularly whilst providing excellent career opportunities in Tour Narration, Tattoo Training and Roadkill Collection. (As Dame Edna would have said: “Goodbye, POSSUMS”).

So it’s Farewell to NZ and my most beloved Family and Friends here. Missing you already. Will leave to return to The Pacific Ocean for the Next Instalment of Betwixt The Interim 4: Return to Blighty, Trump Trump Trump. No tornadoes please.

FIRST POSTED: MAY 2017 Betwixt the Interim 5:1 (My Last Legs): West Side Stories I sneezed, that’s what I did, I sneezed. And THREE people almost simultaneously all said “Bless You’’. Outside the Bloomingdales/Westfield Shopping Maul... Continue →