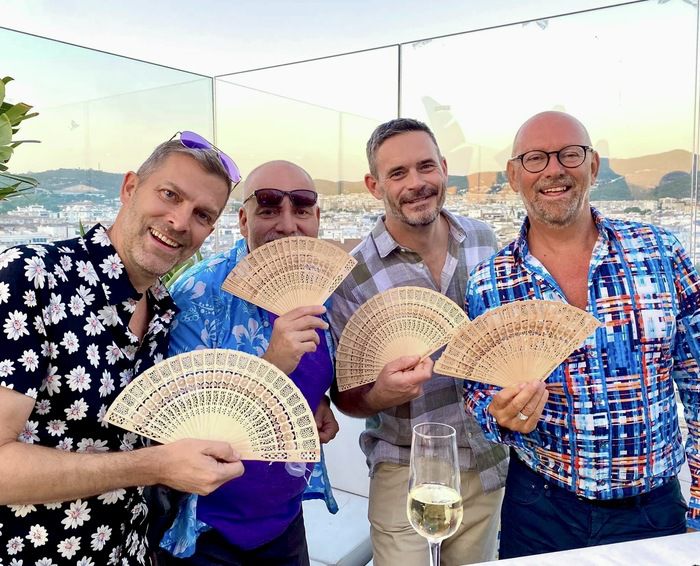 Did I mention drank?

Did I mention chortled?

Did I mention ate?

Oh yes. Got stalked by TV/movie actor Andrew “Fleabag Vicar” Scott in Sitges so decided to fly home ….. via very weird eatables at Barcelona Club Lounge and poor Cava plus flight delayed so had to have some beer too. Three even. 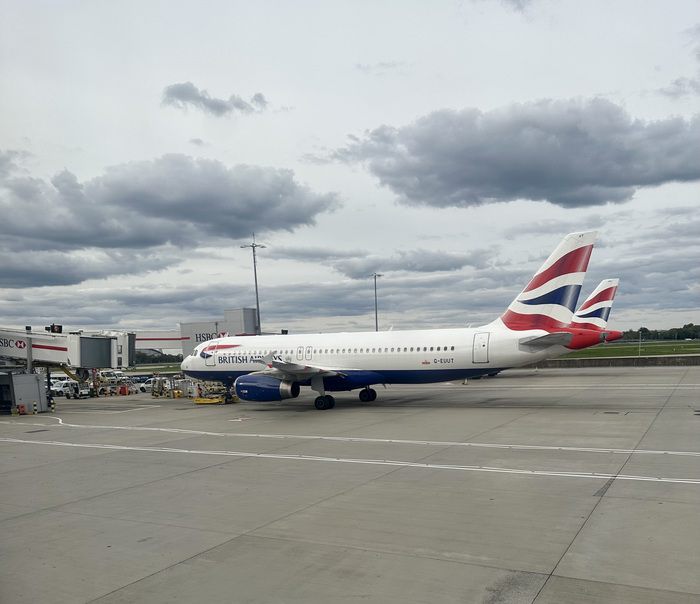 Lovely flight featuring all male cabaret troupe flight crew so A Lot of champagne. Even more champagne forced to me by cabin boy 20 minutes before landing….

Still being observed by bored woman on tube. Have far too little blood in my alcohol stream so heading to pub in Clapham to hook up with Aruan and Brad who I’ve just seen in Sea Chairs. Madness.

Guess it seems like I’ve more or less got used to this Flight lark, though with needing get to airport, check in, get on plane, flight and get off plane, queues and trip home…am really wondering whether trains and ships aren’t on many occasions preferable.

Her Majesty is no more, Long Live The King….looked down at Buck House from my Airbus 319 just before landing.

Then it became Watch The UK Fall Apart. Truss and Co. Gawd ‘elp us.

Roll on the next trip. If I get my first pension check that is…… 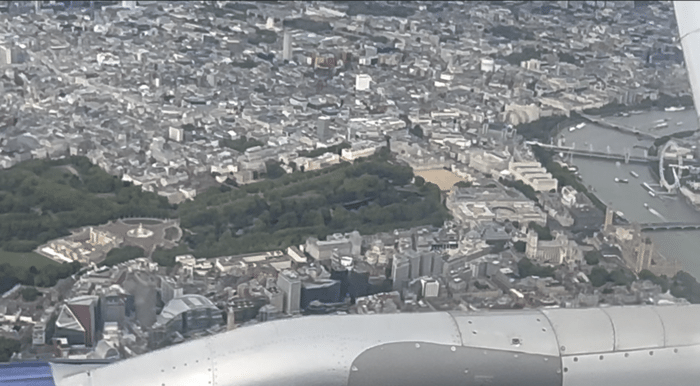 It’s terrific really. Did 6 months plus travelling last year outside of the UK and not once did I have anything like the hilarious (NOT) experience encountered yesterday in Wintry Sussex. All I wanted to do was get an hour southwards to... Continue →