Betwixt 2: The Butlitz Interim (The Only Chapter) 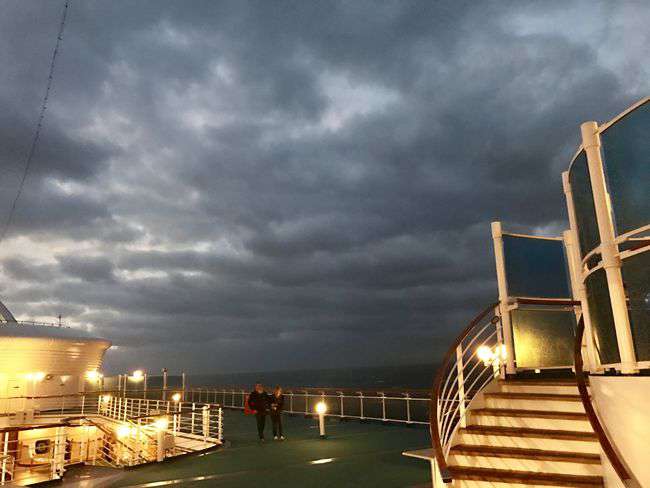 Bradley Daniels, hardly demure Semi Australian with no fixed attachments, lured me into the Interrogation Suite of a Run Down Re-Opened Synagogue in FitzRoy, a one horse Town Saloon called Vau D'Vile in the almost outer regions of Melbourne. As the makeshift stage’s twenty three million watt bulbs shone into my former eyes, five drag queens and a Literally Green DJ supplied synchronization of lips to Eartha Kitt hits whilst feeding me with ample red meat and warm wine. But I still wouldn’t crack. I had my Myki (google it).

This was the final act in a three week dramatic Production known as So Much Fun in Oz. Australia, a former penal colony, is surprisingly modern, unsurprisingly hot yet remarkably, and genuinely, friendly beautiful and recommended.

They still suffer occasional Culture Shortage but the free trams make up for that. They do however say things like “tinny” “barby” and “footy”, all of which I’d originally thought were adjectives. Sir Les Patterson clearly hasn’t done his job yet. As in the USA, most good things are “awesome”, and surfing is compulsory, whilst hair bobs are ubiquitous and enviable.

Mind you. Listening to the onboard band do Prince’s “Kiss” on Ship 2 “The SS Golden Butlitz” (pre my karaoke debut) has focused me on the next, most major stage of Low Budget Palin, i.e. Travelling in Force 64 gales to my Femlee and pals in Maori Country. Despite smelling of pizza, (the entire ship pongs of Parmesan and Pepperoni), the Prawn Parcels at supper were delish, and I’ve only had 4 beers and a Tanqueray. Met a lovely Bosnian Barman called Dragan….marvelled at how the several theatres on board remind me of the Bracknell Harvester, though the outdoor Movies Under The Stars attraction does possess the finest and loudest sound system on Earth, currently causing major avalanching in Antarctica.

Learnt that the front of the vessel is called the Fore'ward, and the rear, Arse.
The Arse of this ship possesses a mini version of the LLOYDS building hoisted 50 feet above deck and connected by an airport style walkway. This is the Nightclub called Skywalkers. Attempting 21st Century Studio 54, I found a Chinese family in there before opening repacking their luggage. I may venture there once we’ve passed the Grand Slalom stage of travel (if we ever do). If the roof ever collapsed…..(see later).

Many amusing Ozzies have been er amusing, largely slagging off the appalling weather, stating it’s not like in the brochure, though I helpfully stated it’s exactly like the Scarborough Summer brochure.

There’s an Entertaining Brit with either an Australian or American accent, alternating with vigour, called Tony Delaney. With a guitar. And Bob Dylan’s harmonica. (“By The Rolling Stones of course. Here’s one originally by Neil Young…”). I like the bar in which he performs because a) it’s a bar, and b) it’s slap bang in the middle of Butlitz, thereby minimizing the wobble to simply excruciating.

I’d treated myself to a wine tasting on my last day. Rochelle my waitress says “it’s 34 dollars, it says 13 dollars but it’s 34, sorry.” The words Cliquot and Veuve swung it for me. Actually, the Veuve and the Aussie Cab Sauv were fine, rest poo.

Still, the continued typhoons of day four and five of this monstrous crossing were exacerbated by extended Happy Hours with Pina Coladas, Tanquerays, and long chirpy chattrage with Bob and Debs, long will we hopefully continue future acquaintance.

In an unexpected gap in the hell that was this journey, calm descended and we pulled into Auckland Harbour 9 hours late.

Dear Reader (if there’s any left), there are ways of reaching the other end of The World without enduring such major International Sufferage as endured by oneself, such as Zimmer Avoidance, Ruth Madoc Impersonation and High Sea Dessert Torture, so anyone who wishes to jump onto a Bhutan Airways Caravelle may get to Christchurch before the next earthquake (sorry, my family) without so much as a Nook. Or Crannie. I do this for Your Research and My Family Quest. 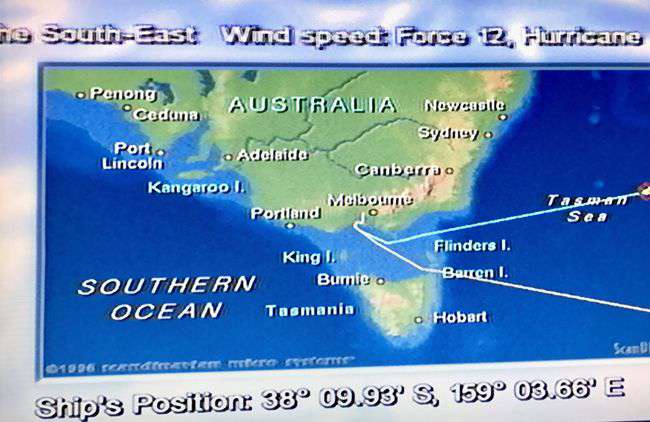 FIRST POST: FEBRUARY 2017 Welcome, from the Executive Dessert Lounge just off the coast of Reunion Island. This is where once healthy puds go for rehabilitation after being transformed into high calorie show and indeed door stoppers,... Continue →